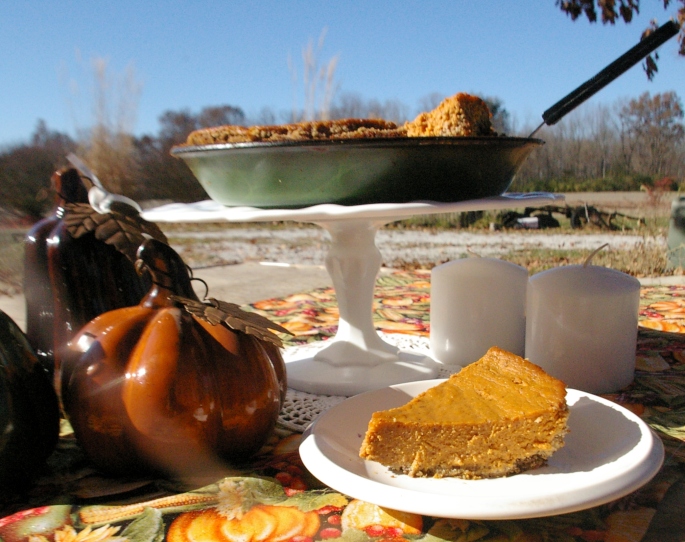 I have decided to start off my Thanksgiving recipes Dessert first. Let’s begin with the traditional pumpkin pie. A few weeks ago I made gingersnaps and last week I saw a post on pinterest for pumpkin pie with a ginger cookie crust, boom, hello I was meant to make a gingersnap pie. Here is the result, which I have brought to all my most dedicated taste-testers. The overall verdict is that I should make this on Thanksgiving and that the gingersnap is a great pairing. A little dollop of coconut whipped cream on the top and you have the perfect dessert.

Let’s Make it Happen: How about we stat with the crust. I’ll let you know right now this recipe will make two pies. Mix all the ingredients minus the honey and coconut oil (stir these in another bowl). Combine the two bowls. Refrigerate for 30 minutes. Grease two pie pans. Split the dough in two. Pat the cookie into the bottom of the pie pan (do not do the sides, just the bottom). Bake at 350 for 8 minutes. Get to work on the feelings. Beat all of the filling ingredients. Pour half into on crust and the other half into the other pie. Bake both pies at 320 for an hour or so, or until a knife pulls out smoothly (and it has lost its jiggle of course). Like I said whisk up some coconut whip to top this puppy and the Thanksgiving dessert staple is covered.